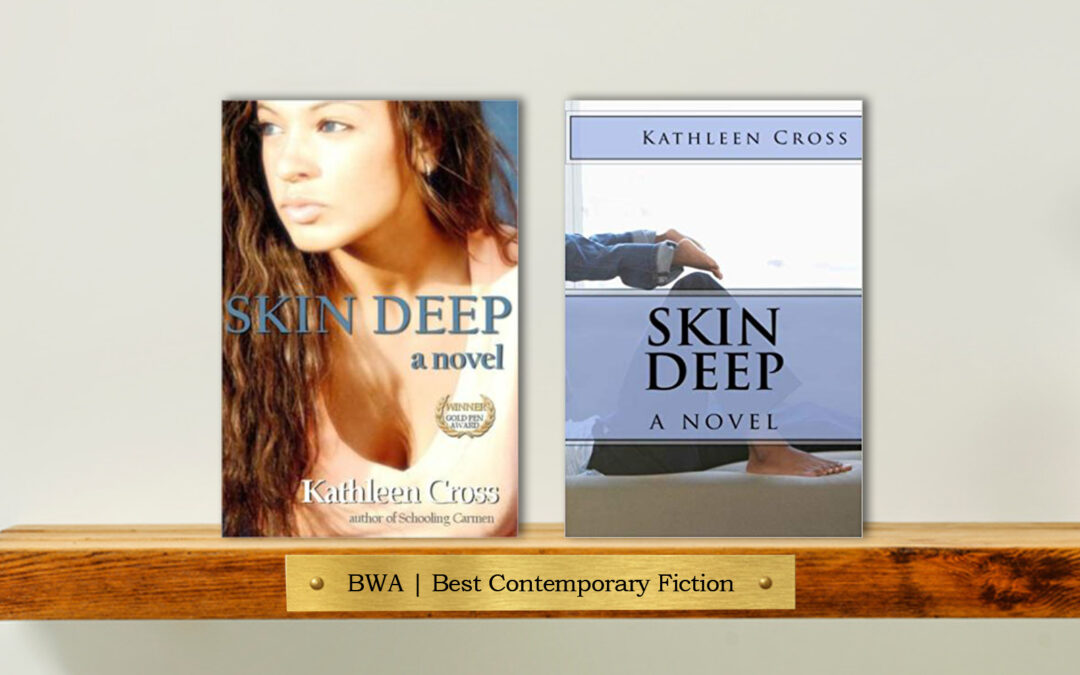 Wow! This was an awesome read. It was recommended by a book club, so this was my first time reading any of Ms. Cross’ work. And may I say that I have TRULY been missing out.

Skin Deep was absolutely PHENOMENAL. No doubt. Period. The story was well crafted. The characters were well-developed. There is symbolism galore, as well as drama and suspense. (With a HUGE twist at the end! I never saw that coming.)

Now to the story: Nina was a complex character, with an interesting perspective on things. She was a beautiful, strong-willed, well-educated woman who came from a strong support system. Her “cross to bear” (if you call it that) is that in addition to her flawless beauty, she is a very fair skinned Black woman with blue eyes.

Nina is aware of the special treatment and privileges she receives because of her fair skin, blue eyes, beautiful hair and body, etc. So much so, that she strives for equal opportunities and treatment for herself and others.

Her father is a famous African-American musician. But her biological mother, who she knows is white, is a huge secret. A secret that she has spent years trying to find out about; even though she has a wonderful relationship with her Mama who raised her.

While on her crusade for equal minority relations and a MLK holiday at the college campus where she teaches and volunteers, she meets an interesting man named Ahmed and his beautiful daughter, Ebony. She is intrigued by Ahmed, who is totally rude and obnoxious towards her. And she instantly bonds with Ebony- who is desperate for stability and unconditional love, attention and guidance from a woman. The only problem is that Ahmed loathes Nina and what he feels that she is and she represents.

I won’t give away anything additional, because I want you to read the book and follow their journey yourself. As other reviews have said, this is a complex but beautiful story. Even though Ms. Cross wrote it many years ago, I believe that the themes and sub-plots are still prevalent today. Outstanding job Ms. Cross! (It was so good that I purchased her second book before I was half way finished with this one.)